Why Birmingham Is the Best Place to Live: The Student Guide

Living in Birmingham is an absolute joy and one of the best places in the country you can live as a student. There is always a fabulous vibe around town, plenty of great food, art, culture, live music, and a multiculturalism that makes it stand out against other cities in the UK.

Birmingham gives you the best of all things as a student and has lots of things to see and do, all year round. Being known as the Second City, you can already imagine the sheer size of it! Nonetheless, the fantastic transport links make it feel small enough to provide you with a cosy community feel.

Why is living in Birmingham great for students?

1. Birmingham is the youngest city in Europe! 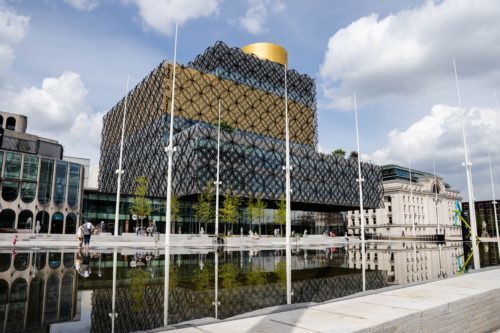 Birmingham could be the perfect choice of city for you to live in as a student. Why? Because it is the youngest city in Europe, with 40% of the city population under the age of 25!

The city benefits from this youthful exuberance and a drive that makes things happen culturally, politically, and academically. Birmingham is a creative hub in the UK, and the fact that there are so many young people living here makes it an attractive choice for students from across the world.

2. The coolness of Digbeth 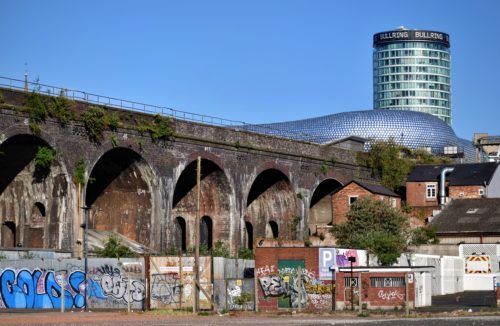 If you’re a student in Birmingham, you will eventually end up down the streets of Digbeth and swirled into the carnival of colour, food and music around the Custard Factory. Unfortunately, it does not sell custard (at least not in the quantities we’d like!). But! Don’t write it off just yet – there are plenty of yummy food spaces, the most legendary vegan food in Birmingham (BA-HA we’re looking at you), Digbeth Dining Club, which will satisfy even your the pickiest eaters amongst your friend group and if your heart’s really set on the custard, at Chitty’s Cakes we’re sure you’ll find plenty of sweet treats. The Mockingbird Cinema, Birdies, Ghetto Golf, NQ64, Chance & Counters are guaranteed to bring your childhood back with arcade and board games, mini golf, and tons of colour everywhere. If you fancy a traditional pub and don’t really buy the whole “hipster vibe”, then you’re still in luck – Jimmy’s, The Old Crown and Dead Wax are just around the corner from The Custard Factory as well.”

3. There are more canal miles here than in Venice 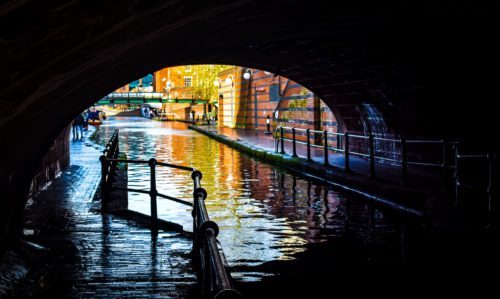 This sounds like we’re fibbing, doesn’t it? No one thinks of water and canals when talking about Birmingham, and Venice is pretty much 99% water, right? It is a true fact though, Birmingham has 35 miles of canal, whilst Venice only has 26 (the losers).

Most of the canals have been around since the 1700s and 1800s, with over 170 miles of canals at one time, though they fell into disrepair over the years. There has been some restoration of certain stretches of the canal as Birmingham has been developed, and now you can enjoy strolls along the canal as part of a day out seeing the sights.

You’re moving to Birmingham for the chocolate, aren’t you? We completely understand, we love the stuff, especially Cadbury.

Whether you prefer the simplicity of a Dairy Milk or a Wispa, the grown-up Bourneville, a Boost, or a Double Decker (we’re salivating here just listing these, give us a sec whilst we go to the shop to ‘test’ all of Cadbury’s chocolates), there is plenty to enjoy when visiting Cadbury World in Birmingham.

Touring the birthplace of Cadbury like you’re on the set of Willy Wonka, you’ll see how chocolate was first made, what made it the best thing in the world over the last century, and more. You’ll also get some free chocolate along the way! 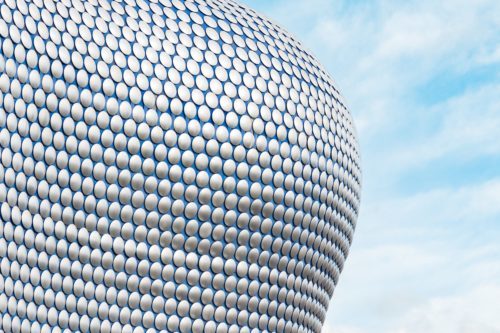 For all your shopping needs and the biggest, baddest bull you’ll ever see, there’s nothing quite like The Bull Ring as a reason for living in Birmingham.

Home to over 160 shops, The Bull Ring is the largest retail hub in the city, with all sorts of big brand names that you know and love, selling everything from clothes and jewellery to technology and cosmetics. Whatever you need you’ll find it to buy here.

Before you get inside The Bull Ring though you’ll have to get past the imposing and glorious statue outside. The Bull by Laurence Broderick has been rated as one of the top ten public art pieces in the world, a six-tonne beast that is twice the size of a real bull! It is powerful and strong, just like Birmingham, and you’ll often see crowds of people posing for photos with it before venturing inside for a few hours of shopping.

Other shopping options nearby include Birmingham Rag Market with over 350 stalls selling fabric and general goods, Oasis on Corporation Street with its alternative options, and the many independent shops in Digbeth, the Jewellery Quarter and the Great Western Arcade to name just a few.

6. Living in Birmingham means tasty food at every turn! 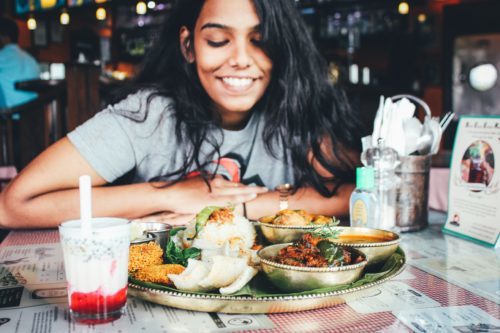 The diverse makeup of the population in Birmingham makes it one of the most delicious places in the whole country. There are some amazing places to get some grub, from budget friendly street food to some of the top chefs you might have seen on the telly.

We can’t start anywhere else but the Balti Triangle though. Just south of the city centre, this area has the highest concentration of curry houses in the city and Birmingham is known as the birthplace of curry as we know it in this country.

The Chinese Quarter is similarly stocked full, this time with traditional Chinese restaurants. One of the tastiest independent restaurants in Birmingham is The Meat Shack on Thorp Road, a fantastic shout if you love dirty burgers and the junkiest of sides. On the outskirts of Birmingham, Kimchi is the best place for Korean food in the city, Grand Central Kitchen is the eatery to go to for a big English breakfast to soak up last night’s alcohol, whilst Ba-Ha is a vegan delight! 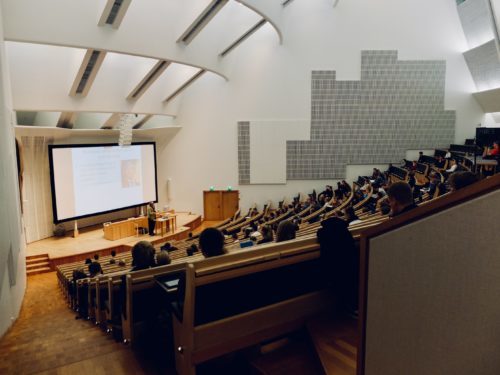 One of the reasons that living in Birmingham is great as a student is that there are a few excellent universities for you to choose from and a huge student population as a result.

University of Birmingham – Established by the Royal Charter in 1900 when Queen Victoria (the queen in all the black) was still on the throne, Uni of Birmingham is one of the well-known and most respected universities in the whole of the UK, involved in ground-breaking research and discoveries over the decades.

Aston University – A truly global university with students from over 120 countries, Aston University is a safe campus with a friendly, diverse outlook. Students at Aston University are provided with an inspiring place to study, learn, research, and be taught how to succeed in business and a wide range of professions where excellence is aspired to.

University College Birmingham – UCB became a full university in 2007 and has students from over 60 countries around the world studying there. The focus is on professional courses with strong links to industry and apprenticeships. The standard of the facilities on campus is exceptional, providing a strong framework from which you can learn and grow as a student.

8. Birmingham is easy to travel around 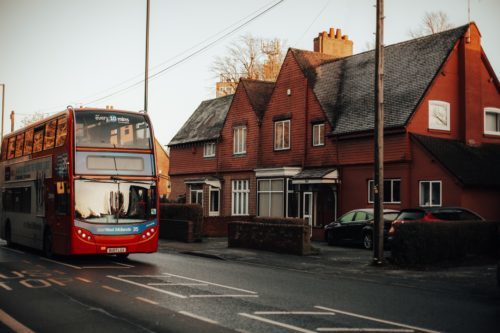 Birmingham is one of the largest metropolitan centres outside of London, so you won’t be surprised to hear that the transport options are pretty good. If you are looking at how to travel home or to other parts of the country, Birmingham New Street is a major railway station that runs trains to London and the South, Wales, the North West and Scotland, whilst Birmingham Airport is easily accessible from the centre. The University of Birmingham actually has its own station, which makes getting to classes a little easier if you don’t live nearby. The metro runs in Birmingham and nearby Wolverhampton, with student discounts available to help you cut the cost of travel by bus, train or tram.

To be honest, we’ve only just scratched the surface when it comes to living in Birmingham as a student. On top of everything we’ve mentioned, the iconic Bull Ring, the cool vibes of Digbeth, the great food and the young, multicultural population, you’ve also got access to fantastic live music venues and big sporting arenas and events that take place throughout the whole year. Make the most of living in Birmingham, you might end up staying there once you finish university, a lot of students do because they have such a brilliant time there during their studies. Get in touch and let us know what you love most about Birmingham.

Best Places To Go For Bottomless Brunch In Newcastle-upon-Tyne

10 Best Things To Do in Canterbury For Students

The 10 Best Gaming Bars To Visit In Birmingham

The Top Gyms In Birmingham For Students To Join